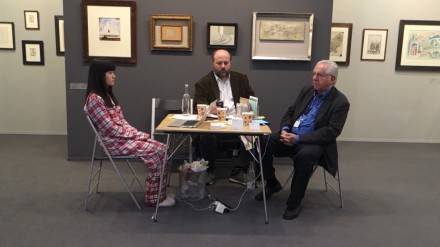 The subjects of individual identity in relation with culture and political context have been always
contacting with my practice. The concerns of culture differences and personal feelings reflected into the conceptual ideas represented by the forms of video, and performance. My works frequently expressed narratives in silence. Simplicity of a process and repetition of an action often be used in both my video and performance piece. There is an abstract and childish appearance comparing the serious and complex nature of the subject. My body frequently appears in my video and performance, as a found material but carries meaning—the identity and the nature of it never been abandoned in the content of my work.
[ZL]