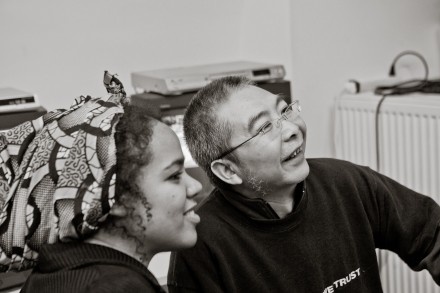 Graduated from the Faculty of Fine Arts, Northwest Normal University in Lanzhou, north China. A performance artist; formerly, member of the avant-garde group Beijing East Village from the group’s inception in the 1990s. Also known as the main organizer of one of the oldest and most influential art performance festivals in China: Open International Performance Art Festival, held annually in Beijing since 1999. Initially, the festival was illegal and many artists were detained during the first edition. Today, it is one of the biggest performance art events in the world, lasting several weeks and gathering hundreds of artists from all over the world. His performances are permeated with political and social references relating to the situation in China or touching on global problems. The artist creates aesthetically refined situations which, in their simplicity, carry a strong emotional charge. Many of his works address repression and convey a universal message of the enslavement of an individual.